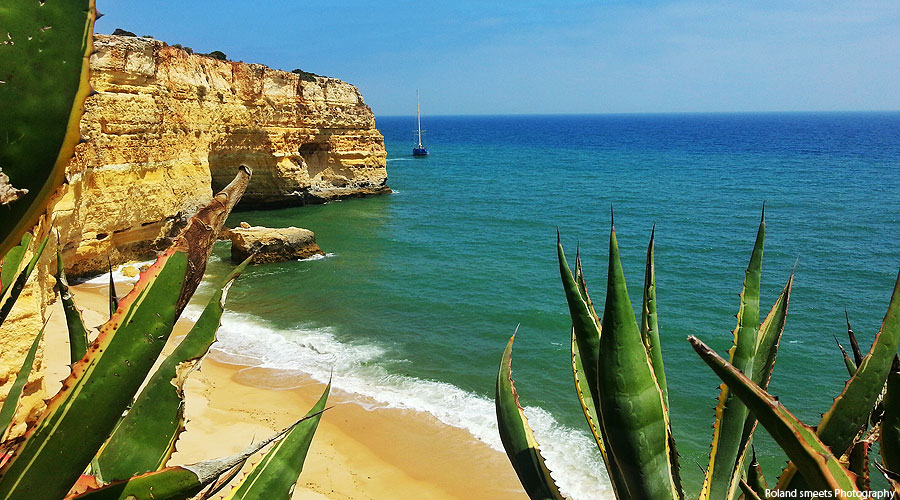 300 days a year without rain, that's Algarve! With a gentle sea breeze, you have here rarely the feeling that it is too hot. The climate in Algarve feels despite its proximity to the Atlantic subtropical, actually, there is a Mediterranean climate with mild winters and not too hot summers. The average daily temperatures fluctuate with the coldest temperatures in January and February (around 15 to 17 degrees celcius) and from March to October you enjoy the delicious average temperatures between 20 ° C and 28 ° C. At its warmest, it is around 28 degrees in July and August. The summer heat is tempered by a fresh breeze from the sea. Rain falls mainly in autumn and winter, between November and February, but there are usually more than 300 days a year without rain, it is much warmer than at home in Portugal and therefore very suitable for a relaxing or sporting holiday or long wintervacation.

Do you like the peace and nature, than you also can come from November to April, see our activities. As of March and April, the whole Algarve is green again, the terraces are all pleasant and the beaches are sunny, it is still very quiet but the average temperatures are already around 20 degrees, often on the beaches between the rocks, to 25 degrees and more. The spring shows itself from its best side in the Algarve. The best time for flowers and plants in the Algarve is from February to May and after the peak summer also in the month of October, when many plants and shrubs have a second flowering. With 28 golf courses across the Algarve, this is also all year round a popular destination for golfers.
Do you want a combination of sun & beach with a real opportunity to explore the quiet region than choose for May and October. Enjoy the beautiful scenery and beautiful walks or bike rides through the authentic villages, past vineyards and orange groves. The seawater is already mostly pleasant, around 20 degrees, and the average daily temperature between 21 and 25 degrees makes it very cozy, both on the beach and on the terraces in the country.
Would you like a holiday in the Algarve during the peak season from June to September with daytime temperatures between 24c and 29c then August is the month which is the most to experience. The Portuguese vacations are traditional in August and than are also organized festivals and various events. During this month are in our surroundings, the world music of Senhora da Rocha, the feast of the of the rock. Very nice is also the medieval feast of the fortified city of Silves, and in the last 2 weeks of August the Fatacil, the largest fair of the Algarve, over a hundred different craftsmen display their products and you can taste the local delicacies like serrano ham, local cheeses, and fig liqueur.
Because of its location near the Atlantic Ocean in Algarve, it's never so hot in the summer as in the interior of Spain and Portugal. Temperatures of 40 degrees Celsius are not common here and even above the 30c is the exception rather than the rule.